As a scenic town, Dholpur is one of the popular destinations for watching wild animals and birds. Very few people know that Dholpur has rich variety of flora and fauna in its region apart from its history. People desiring to spend holidays in calm and peaceful atmosphere must visit the wild life sanctuaries found in and around the city.

Van Vihar wild life sanctuary is one of the prominent places to visit in Dholpur. Spread over large landscaped area, it exhibits picturesque views and amazing ambiance to visitors. The sanctuary is comprised in the area of 59 sq kilometer which also includes Ramsagar Wildlife Sanctuary in Dholpur. Van Vihar holds some of the rarest species of animals and birds. 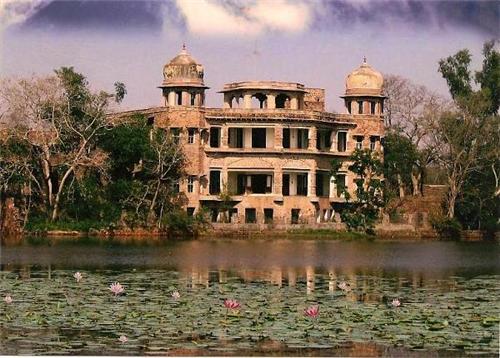 Van Vihar region was established by Maharaja Udaibhan Singh who was great lover of wildlife. He used to roam around Van Vihar feeding animals around there. A small rest house is there in the midst of forest where visitors are allowed for taking rooms to stay. It was established in past times for royals who used to come for visit. Van Vihar Sanctuary is located at the elevated plateau of Vindhaya which is covered with Khair and Dhok trees in surroundings. 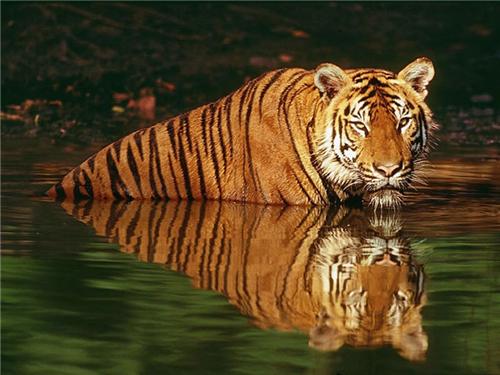 Van Vihar Santuary is famous for wild animals like chital, sambhar, wild boar, blue bull, leopard, hyena, and sloth bear. Its wide range of variety includes many rare carnivorous and herbivorous animals. It is said that tigers were also found in this sanctuary till sixty’s. But due to lack of proper observation, these wild animals disappeared from here.

Ramsagar Wildlife Sanctuary is located in the vicinity of Vanvihar wildlife sanctuary. It is located 18 km away from Van Vihar Wildlife Sanctuary. Ramsagar sanctuary is covered with lake called Ramsagar Lake which invites many foreign birds during winters. This sanctuary displays large range of reptiles like snakes and crocodiles. It is abode for rare fishes of fresh water which are disappearing and rare species.

Ramsagar Wildlife Sanctuary allures nature enthusiasts and photographers that wish to grab glimpses of rare species of birds. Ramsagar is abode for many migrant birds that spend some parts of year at this sanctuary. Currently, the park holds darter, corrnorants, ibis, white breasted water hen, jacanas, moorhen, stilt, ringed plover, herons, sand piper and river tern species of birds. Apart, the reserve is also known for aquatic animals found in the Ramsagar Lake. Travelers get complete package of fun and enjoyment while coming at Ramsagar Wildlife Sanctuary in Dholpur.

National Chambal Sanctuary is another magnificent place of tourism in Dholpur. It is placed along the banks of River Chambal possessing many rare reptiles, animals and birds.

Shahi Talab located at the excursion of Dholpur is also good place to spend time in natural habitat. It houses some of the rare birds and aqua animals that are hard to find anywhere in India.