Dholpur, a well known sand stone city in Rajasthan, is one of the popular religious places of India. Following such vast history of dynasties ruled over it, Dholpur possesses all kinds of spiritual places that belong to all religions. It houses sacred places of Hindu, Muslim, Buddhist, and Sikh communities. Therefore, it sets good example of communal brotherhood in India. These religious shrines were built way back in ancient times and since then they have impeccable importance in the city of Dholpur. 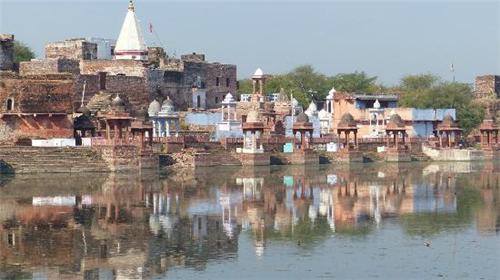 Let us see all places of worship of Dholpur in detail:

Chopra Shiv Temple is an ancient sculpture that was incepted during 18th century in Dholpur. It is believed to be oldest temple of Lord Shiva in this region. It is located in the central part of city which is just half a kilometer away from bus stand. The temple showcases wonderful architecture along with ancient chronology of Indian subcontinent. It witnesses huge flow of devotees on the occasion of Mahashivratri as it is one of the prime celebrations of Hinduism. On regular days, Mondays are mostly crowed by devotees in Chopra Shiv Temple. 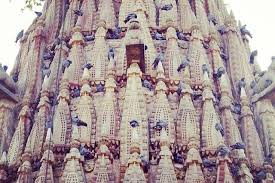 The holy temple of Machkund is located on the western side of city near Machkund Lake. It is one of the oldest temples in Dholpur as well as India.

Saipau Mahadeo temple is one of the sacred shrines of Dholpur dedicated to Lord Shiva. It is situated nearer to Parvati Lake and it is visited by lots of devotees around the year.

Radha Bihari Temple is situated in centralized location of city. It has significant spirituality and values among the people of Dholpur. During Janmastmi and other auspicious festivals, the flow of visitors increases to great extent in this temple. 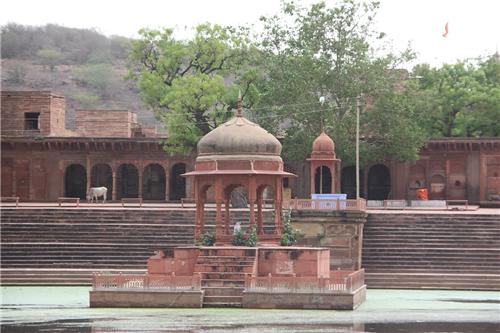 Shri Ramchandraji temple is one of the significant religious places of Hinduism in Dholpur. It is believed that idol of Lord Rama emerged from earth which was in the possession of one cowherd. That time king, Maharaja Keerat Singh took this idol from cowherd and built magnificent temple of Lord Rama in Dholpur. The deity of temple is significantly auspicious and sacred. It is quite different from idols mainly found at other temples of Lord Rama. Here, the idol has four arms like Lord Vishnu with Shankh, Chakra, Gada, and Padma in hands.

Gurudwara Sher Shikar is one of historical gurudwaras of Sikhism. It was established near Machkund in Dholpur due to significant visit of Guru Hargobind Sahib in this area.

Sant Nagar is famous religious place of Dholpur well known as Buddha temple. It is situated in the region of Bari. Buddhist followers come here in large numbers for worship and devotion.

Bada Peer masjid is situated in Madina colony as an Important religious place to see in Dholpur.

Other Religious Places of Dholpur