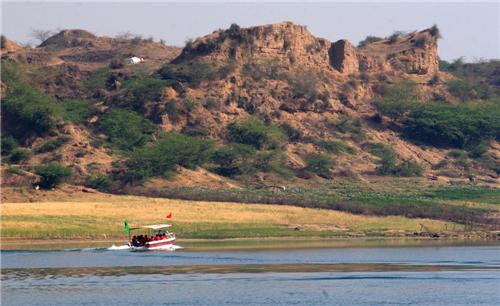 Dholpur is the most proximal city to reach National Chambal Santuary. Though, it is located at the boundaries comprised of Uttar Pradesh, Madhya Pradesh and Rajasthan, but Dholpur is considered most convenient route to reach National Chambal Sanctuary. The sanctuary is spread across the river stream of Chambal; hence the national park is named after it.

Chambal Wildlife Sanctuary is must visit place for flora and fauna savvy travelers. It is perfectly created to manage large numbers of crocodiles and endangered turtles in sanctuary and offers wonderful views for people willing to capture glimpses of these creatures in natural ambiance. Chambal is itself an awesome river that showcases beauty of nature. It is fringed by ravines of Chambal along with green vegetation for picture perfect views. 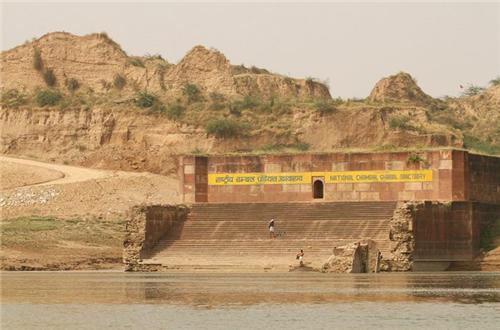 National Chambal Sanctuary is one of the distinguished wildlife sanctuaries that houses most of the disappearing species of crocodiles, turtles and dolphins. The sanctuary is said to be longest one which starts from Etawah in Uttar Pradesh and continues up to 400 kms. The large portion of sanctuary falls in Rajasthan state under Dholpur region. The Park came into existence in 1978 and now it is co managed by all these three states in India. The National Park displays the wide range of natural habitats and other rare species of water animals. Ganges River Dolphin is one of the prime attractions of this Sanctuary.

Along with such rich variety of animals, the park also houses 320 species of birds as well. This sanctuary houses some of the rare species of birds hence it is recognized as IBA (Important Bird Area). Some of the birds come every year from Siberia or other parts as migrating birds.

Bar Headed Goose, Ferruginous Pochard, Red crested Pochard and Black bellied Terns are some of the migrant birds that come here in winter. Sarus Crane, Indian Courser, Indian Skimmer, and Pallas Fish Eagle are most allured bird species of sanctuary. The National Chambal Sanctuary also shelters some near endangered species like Lesser Flamingos and Pallid Harrier in its premises. Brown Hawk Owl, Darters, Greater Flamingos, and Great Thick Knee are other species found in this park. Khair, Palash, Churel, and Ber plants are mostly found in this forest reserve of National Chambal Sanctuary.