Dholpur, a serene town of Rajasthan is well known for its antiquity and ancient history. Dholpur region used to be a princely state till the independence of India. The most interesting fact is that, it used to be called as Dhavalapuri at that time. Raja Dholan Dev had established Dhavalpuri in 700 AD while Dholpur was re established as new city in 1050 AD by the Raja Dhawal Deo. The city got the status of district in 1982 when it separated from Bharatpur with four tehsils named Baseri, Bari, Dholpur, and Rajakhera. 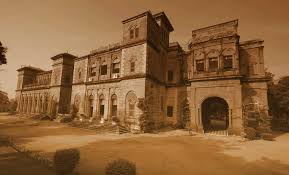 Dholpur played an important role in political scenario of India. Many strategic developments were synchronized here to hold supremacy in this region. Being located between Agra and Gwalior, the most significant historical towns desired by many kingdoms, this region has witnessed many bloody battles throughout the course of time. There are many secrets of origin and chronology hidden in the historical story of Dholpur. Let us see them in order of pre history to modern times.

History of Buddha Period in Dholpur

In this period, Dholpur region used to come under Bharatvarsh. Mauryan Empire also ruled this place when they were spread all over India. In Gupta Dynasty, Dholpur region used be part of Mathura Janpad among 16 Mahajanpadas of Bharatvarsh. Chauhans had capitalized on this area during the time of 8th century and they remained here till 10th century. Mohamad Gauri invaded India and stated his rule at Dholpur in 1194 AD.

History of Tomar Rule in Dholpur

Raja Dholan Deo Tomar, a great maharaja, established Dholpur at 10 km away from existing city near the village of Bilpur. The fortress still exists at this site, though in ruined stage evidencing the fact of emergence of Dholpur city. The kingdom of Tomars existed from Banganga to Chambal River. They ruled this place for many years till losing from Jadu dynasty of Karauli. 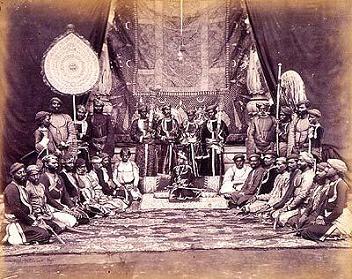 This period belongs to sultans of Delhi. Due to desire of capturing Gwalior by Bahlol Lodi in 1489 and Sikandar Lodi in 1502, many battles were fought among Dholpur King and Sultans of Delhi. The kingdom of dholpur played an important role in intercepting invaders at this place itself preventing further damage to Gwalior. At that time, this place was used as cantonment area due to its suitable geographical conditions. Sikandar Lodi had strategic rule over Dholpur during this phase of time.

After the death of Ibrahim Lodi, the commander of Dholpur, Mohammed Jaifoon declared himself the ruler of this region. But Babar, who defeated Ibrahim Lodi, sent his warrior Talai Khan to get back this region. Talai Khan crushed the insurgence of Mahammed Jaifoon and brought Dholpur under Mughal Empire. Dholpur was considered as an allured place for Babar and his following Mughal Emperors. They used to spend family time with their wives under the wonderful ambiance of Dholpur. Akbar found this region really excellent to have its capital city.

He constructed fort at Khanpur and Shahi Talab in consideration to make it capital town. But due to some sequences, he dropped the idea of making it capital city. This place also became the matter of pride for Shahjahan and Nurjahan during the ruling of Jahangir in Delhi. 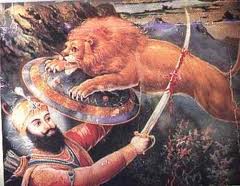 Till Aurangzeb, dholpur was crafted on political map of Mughals, perfectly. But after his death, Raja Kalyan Singh captured this region and declared himself king of Dholpur. After the short period of time Maharaja Surajmal, the king of Bharatpur overtook Dholpur in 1761 AD.

British were spreading their legs in all direction. They make some treaties and allies to capture more parts of India. In that, Gwalior and Gohad used to be important city of ancient times. Jats with the help of British rolled back Marathas from this region. Further, a treaty had taken place between British and Marathas to give back Gohad in exchange of Dholpur. Since that time, Rana Kirat Singh became the ruler of Dholpur along with Rajakhera and Bari. 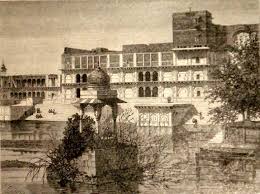 The kingdom of Dholpur used to be ruled by Jat ruler, Rana Vansh under the umbrella of British raj. It remained the part of Rajputana Agency till the time of Independence.