Dholpur is an important district in Eastern parts of Rajasthan. With geographical area of 3034 sq km, it has rich topography and deep ravines existing all through the district. It is flanked on all the sides by varied topographies. It has Uttar Pradesh on its east and north east directions, Karauli in west, and Bharatpur district of Rajasthan in northwest. Chambal River separates the district from Madhya Pradesh. It has 5 tehsils and 4 blocks with different physiographical features. 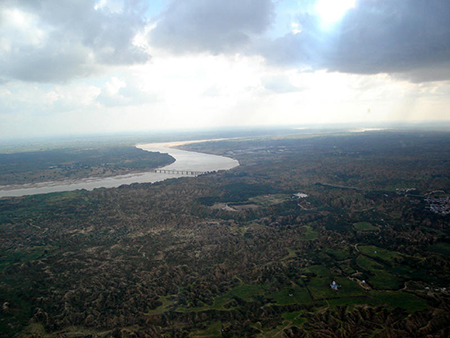 There are western hills, Central undulating plains, eastern plains, and 3-10 km wide plateau along Chambal River. Due to its rich soil, it has large cultivable land and agriculture is done over vast area in this region. The principal kharif crops grown here are moong, guar, bajra, and moth while the rabi crops primarily grown here are mustard, wheat, and gram. Net area of 1514.97 sq km is sown in this region while more than 7% of the area in this district is covered under forests.

Dholpur has low to high hills of sand stone. These hills attain an altitude up to 356.91 meters above sea level in south western direction. The soil is fertile with hills and broken grounds dotting the whole of its territory. The Chambal valley has crooked and high rocks that separate the highlands from land along the river. In the eastern parts, it has deep ravines while the western sides are characterized by flat small hills covering around 378.33 sq km area. Gurjar Pahar is the highest peak with height of 357 m from sea level. It lies towards south west direction of district. In the eastern direction, there is elevation of 163 and 171 m while altitude in central parts is 232 and 177 m. 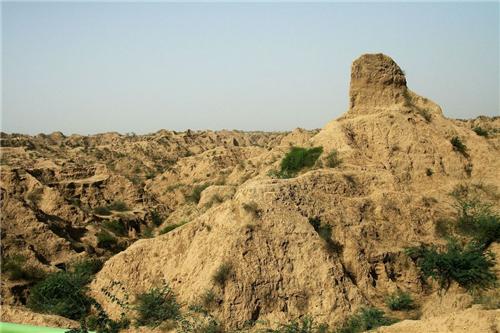 The systematic studies and hydro geological surveys have revealed six soil types on this district. These are sandy soil and sandy loamy soil found towards west in Dholpur, clayey soil in eastern and north western parts, sandy clayey loam in central parts, and loamy sandy soil in western side of Bari town of Dholpur district. The most commonly found soil type in Dholpur is sandy clayey soil.

The district has rich reserves of limestone and sandstone. Due to extensive cover by alluvium deposits of Chambal, sandstone is found aplenty here. It has sedimentary rock formations while overlain of the district has quaternary alluvium. The upper proterozoic related to Vindhyan super group has formation of Sirbhu shale with sandstone and limestone with upper Bhander sandstone. Bajri and masonry stone are another principal minerals of this region.

Flora and Fauna of Dholpur

The rich topography of Dholpur is marked by its forest reserve covering around 7% of its total area. This forest cover has varied flora and fauna. There are two wildlife sanctuaries located in this district at Van Vihar and Ram Sagar along with the Chambal Sanctuary known for conservation of alligators. Main varieties of plants found in Dholpur include Dhok, Arung, Kachnar, Babul, Dhak, etc. 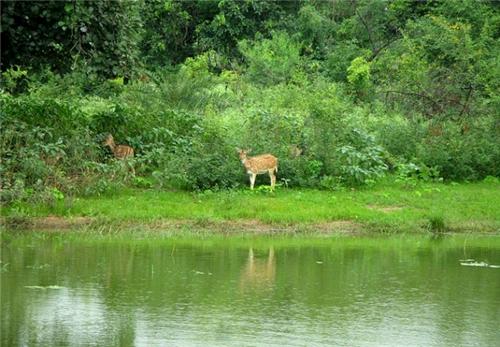 The exquisite fauna of this region encompasses the animals like chinkaras, sambhal, jackal, chital, leopard, hyena, deer, blue bull, etc. Migrant birds like ibis, jacanas, moorhen, herons, darter, ringed plover, etc. are also a common sight in the forests and sanctuaries of Dholpur. There are other stray animals that are easily spotted within city limits throughout the district. 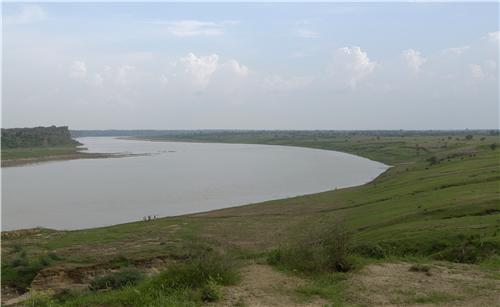 With these rivers, Dholpur falls under Yamuna Basin of which Gambir and Parbati Rives are sub basins while some part of district comes under Chambal sub basin as well. In fact, Chambal River offers lots of adventure to the people visiting this region with several activities and major historical attractions situated along its course.

The semi arid type of climate is experienced in Dholpur which is atypical to the northern parts of India. This region has extremely hot and dry summers along with cold winters. The summer season begin from March and stays till the mid of June when monsoon approaches. The average daily temperature in summers dwell around 40 degrees Celsius. It has even touched the record highest temperature of 50 degrees Celsius in 1995. So that makes Dholpur one of the hottest cities during summers.

Winters in Dholpur are also extreme and quite chilling. December and January are the coldest months in this region with record lowest temperature of -4.3 degrees Celsius. It is even likely for temperature to reach zero or sub zero levels in Dholpur. 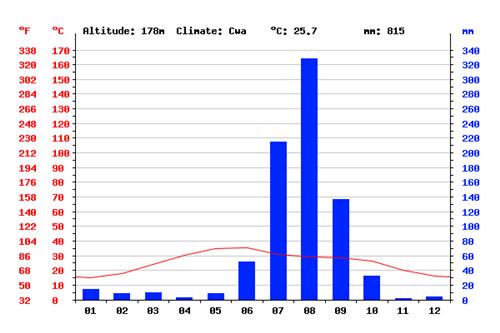 The season of rainfall starts from mid June and ends till the last of September in this district. The mean annual rainfall recorded here is 598 mm while long term annual rainfall is about 717.5 mm. The rainfall is quite scanty leading to vulnerability of this district to mild droughts. While harsh droughts are not very often here, normal droughts happen rather occasionally in Dholpur district. The district has average rainfall of 67 cm annually while it has reached up to 110 cm in 2008. Hence, it can be said that rainfall is very unpredictable in Dholpur.

Other Geographical Information of Dholpur