In the prosperous and vibrant Rajasthan, Dholpur is rightly said to be the eastern Gateway of the state. This beautiful and rather laid back city of Rajasthan offers lot of historical palaces and monuments to be explored. It has strategic location surrounded by major cities of three states viz, Rajasthan, Madhya Pradesh, and Uttar Pradesh. Dholpur was earlier known as Dhawalgiri. This name was later changed to Dhaulagir and finally, it became Dholpur.

For administrative purposes, Dholpur district is divided into 6 tehsils and 6 sub divisions. With excellent infrastructure of roads and railways, it has a growing economy and intriguing reminiscences of its rich history to welcome you. The equidistance of this city from Agra and Gwalior acts as an icing on the cake and allure you to tramp this destination in colorful Rajasthan.

History is the heritage of Dholpur that this city shares proudly with the world. Having its existence since the age of Gautam Buddha, Dholpur has been ruled by several great dynasties. The foundation of old city was laid in 700 AD by Raja Dholan Dev Tomar while his descendent Raja Dhawal Deo established the new city in 1050 AD. Later, Tomars lost their empire to Jadu Dynasty of Karauli. During the era of 1500 AD, it came under the rule of Delhi Sultanate after Sikander Lodi captured Dholpur in 1502. 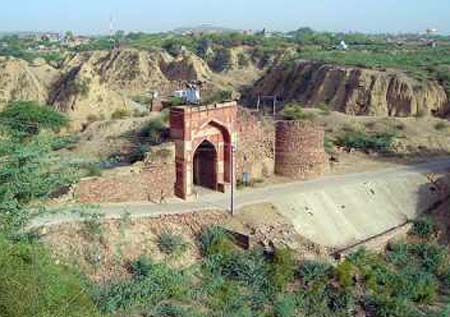 He made it the base for developing cantonment and fort for his military forces. Then, came the rule of Mughals and Dholpur again became the prominent seat for their empire. Mughals ruled here for a long time and after death of Aurangzeb, Dholpur was occupied by Bhadauria Dynasty. Bamraulia rulers also reigned over Dholpur for a long time during British Raj. It remained a part of Rajputana Agency till 1947. Read More Here.

At an elevation of 177 m above sea level, Dholpur is situated along the Chambal River. Thus, it has its share of deep ravines and low hills spread across its landscape. It has rich reserves of red sandstone. Dholpur is flanked by Uttar Pradesh towards its eastern and north- eastern sides. While it has Madhya Pradesh separated by Chambal River in South direction, Bharatpur district lies in its northwest and Karauli district towards west. Its rich landscape has gifted Dholpur with picturesque waterfalls, lakes, and wild life sanctuaries. 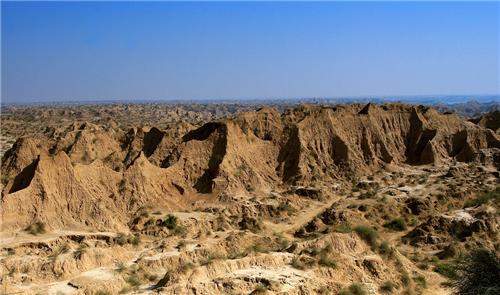 The city of Dholpur has been witness to extremity of climate with blistering hot summers. The temperature during this season rises tremendously. It has even risen to 50 degrees Celsius in the past. With fringe of summer heat, the city is equally smacked by cold waves in winters. Temperatures fall down to zero and minus levels during the months of December and January. Read More Here.

With its undiscovered beauty and traditional heritage, Dholpur is the perfect destination for tourism. Beauty of this city is accentuated by the opulent structures of red sandstone and citadels standing tall against all odds. In fact, red sandstone from Dholpur was used in construction of Red Fort in Delhi as well. As such, it has many mesmerizing attractions to be explored. These include: 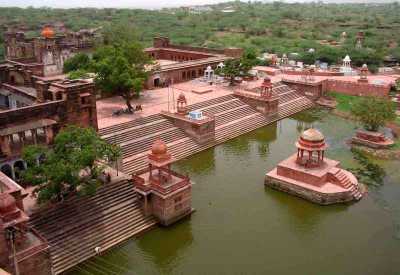 The economy of Dholpur primarily thrives upon agriculture. The district is also rich in minerals like limestone and red sandstone. The red sandstone of Dholpur has been used in many prominent structures of national importance including Rashtrapari Bhawan in New Delhi. 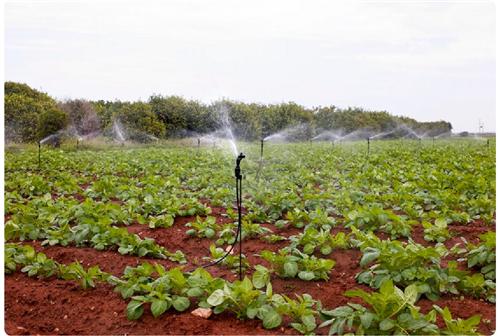 For agriculture, it has more than 20, 000 hectares cultivable land. Bajra is the main kharif crop here while wheat is the main rabi crop. Onion, potato, chilly, jowar, methi, etc. are the other crops cultivated here. There are total 2442 industries in Dholpur established over seven industrial areas. Most of the industries here are agro based, forest based, and mineral based. Also, there are three large scale units functioning in this district. All Details Here.

People and Culture of Dholpur

Dholpur is a vibrant and growing city which is now coping with the cosmopolitan culture. Amid its ancient history and contemporary existence, lies a beautiful lifestyle. The people of this place have always been known for their chivalry and pride. Like any other place in the state of Rajasthan, they too possess an inherent admiration for regality and its age old customs. This confluence is beautifully reflected in the celebration of fairs and festivals in this region. All the prominent festivals of India are celebrated here with zeal. Locally, they speak typical Rajasthani language also called as Marwari though with a distinctive accent. 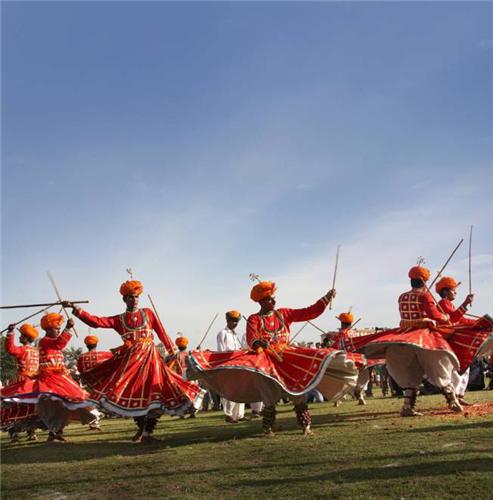 Due to ravines and their notorious dacoits in Dholpur, the cultural heritage of Dholpur also involves keeping of arms and gifting them to son - in - laws as dowry during marriages. Food in Dholpur comprises mainly of rich Rajasthani cuisine known for generous use of spices and ghee. All the famous curries of Rajasthan can be tasted in the local eateries. Talking about the lifestyle and costumes, this city offers variety of old and modern, both. While traditionally, men in Dholpur wear traditional kurtas with dhoti and a pagdi (turban). They are also very fond of keeping moustaches. Women prefer Rajasthani lehenga choli in bandhani enriched with beautiful embellishments. With growth of modern lifestyle, western clothes are now very much preferred by people of Dholpur.

Arts and Entertainment in Dholpur

Arts and exquisite handicrafts are an indispensable part of culture in Rajasthan. In Dholpur also, people are very fond of handicrafts and they are still engaged in the ancient arts forms originating from this region. Handicrafts made from marble and red stone in Dholpur are even exported due to their beauty and intricate designing. Flower pots, vases, temples, figurines, jail, lamps, table tops, etc. are some of the famous handicraft items manufactured here. Other popular handicrafts in Dholpur are handloom embroidery, shoes, and potteries. 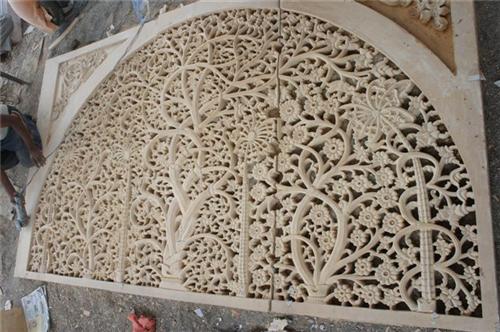 For entertainment, Dholpur has movie hall for watching latest flicks, markets for shopping spree, and gardens for leisure time, and lots of sightseeing. With presence of print and electronic media, famous television channels and daily newspapers also entertain the people.

Dholpur do not have its own airport but the city is easily accessible from both Agra and Gwalior. Both these cities at distance of 60 km each possess their airports.

Dholpur has its own railway station located on broad gauge railway line from Mumbai to Agra. All major cities are connected to Dholpur through this junction. You can easily reach the city by train. 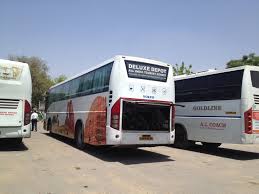 Road transport is also quite convenient in this city. Dholpur is situated on National Highway 3 running from Agra to Mumbai. Another National Highway 11B also runs through this city. As such, it is accessible from major cities of Rajasthan as well as neighboring states of Uttar Pradesh and Madhya Pradesh by buses. Regular interstate and intrastate buses are easily available from Dholpur. Local transport is also quite efficient here with buses, cycle rickshaws, and autos running on its roads.